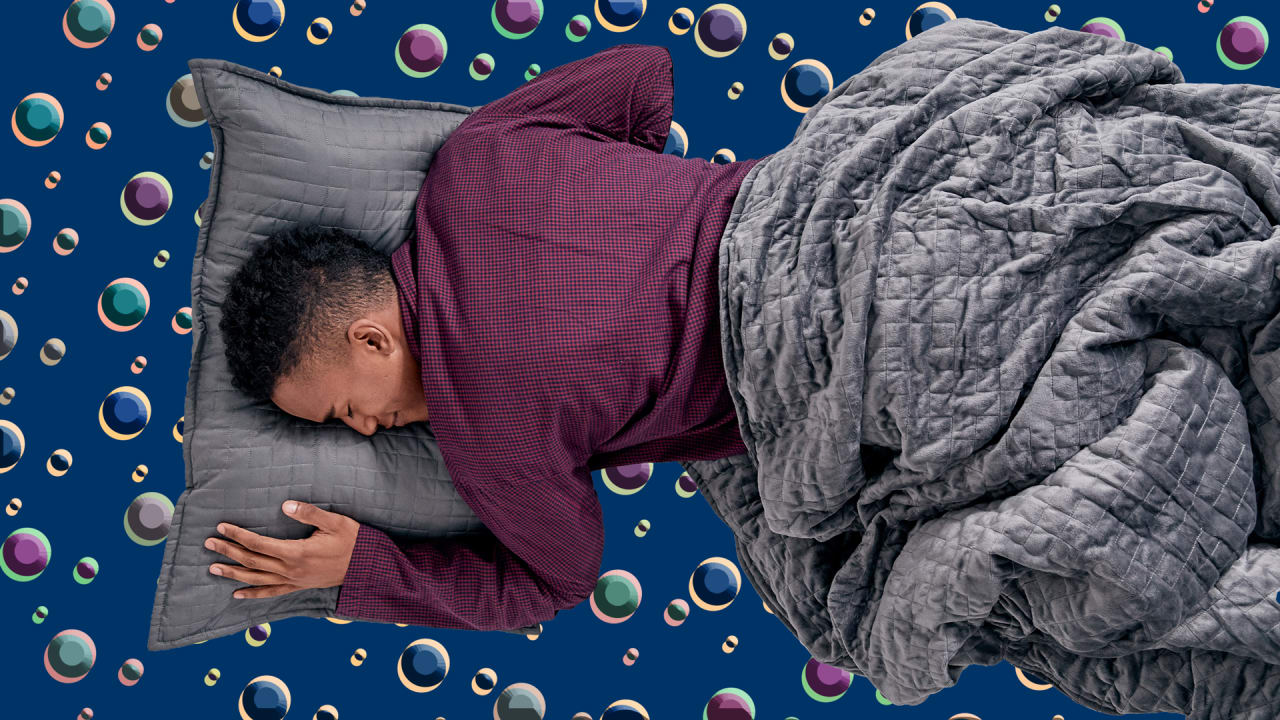 2020 has been an incredibly difficult year, and around the world, people are experiencing record levels of stress. Some researchers have observed that there’s been a spike in sleeplessness—they’re calling it coronasomnia—which is leading to declines in productivity, shorter fuses, and increased health risks. Unfortunately, it doesn’t look like we’ll be out of the woods anytime soon, so here at Fast Company, we’ve been trying to find ways to manage our anxieties. Over the past few weeks, writers and editors here have been testing weighted blankets, which are designed to help people relax.

The Mayo Clinic says that weighted blankets help release the hormones serotonin and dopamine, which can improve our mood, while reducing the stress hormone cortisol. (They function much like a hug, which creates a similar hormonal response.) And for years, therapists have used weighted blankets to help children with sensory issues calm down. Over the past few years, many brands have started to create blankets for adults, with promises that they can help us feel calmer and sleep better. There haven’t been many scientific studies to back up these claims, but a small study recently conducted in Sweden found that people with severe insomnia improved both their sleep quality and sleep time when they slept under 18-pound blankets.

We’ve tested a range of blankets for several weeks. As we tried the various products, we discovered a couple of useful things. First, it can take time for your body to adapt to the weight of a heavy blanket. Video producer Chris Allen, for instance, found lying under a 35-pound blanket overwhelming at first. Brands recommend easing into the experience by just using the blanket on your legs or using it on a couch while watching TV, before trying to sleep under it. Allen followed this advice and eventually felt more comfortable with the weight. But when you do end up sleeping under it, be prepared for your experience of sleep to change. Editor Aimee Rawlins and I slept longer and better under weighted blankets, but interestingly, we both observed that we could vividly remember our dreams the next morning, suggesting that we had experienced more REM sleep.

Here are our favorite blankets.

It’s not an understatement to say that this duvet has changed my life. Brooklinen has created a comforter filled with glass microbeads that’s constructed to ensure that the weight is evenly distributed. This is important because the blanket stays in place on the bed, rather than sliding off like some other blankets I’ve tried.  The exterior is made from soft, breathable cotton, so heat from your body doesn’t get trapped underneath. Brooklinen recommends using a blanket that is roughly 10% of your body weight. I tried the king-sized version that is cleverly designed to weigh 15 pounds on one side and 20 pounds on the other, so that my husband and I can each lie under the right amount of weight. Since I’ve used this blanket I have slept much longer every night—usually more than eight hours. And I’ve woken up feeling more refreshed and productive. It has been a game-changer for me.Weighted Comforter – From $249

This startup creates knitted blankets that weigh between 15 and 20 pounds. Editor Aimee Rawlins likes the 20-pound version of this blanket because it is aesthetically pleasing and improved her sleep. “I tend to be a thrasher while I sleep, and the weighted blanket seemed to essentially hold me in place—forcing my mind and body into stillness,” she says. The blanket seemed to send her into a deeper sleep, and she woke up feeling rested. Since this blanket is braided in a loose weave, it encourages a lot of airflow, which might be good in the summer. But in the colder months, Rawlins recommends using it with additional covers. “This isn’t a blanket to use on its own, but is great on top of a solid comforter,” she says.Weighted Blanket – From $249

Chris Allen tested Gravity Blanket’s heaviest blanket, at 35 pounds, which is designed to be spread out across a queen- or king-sized bed. As mentioned previously, he started out by using it to relax after a stressful day. “I have been using it as a sofa blanket when binge-watching TV,” he says. “I find it super relaxing, and the weight adds a level of coziness. The material feels plush and luxurious.” He’s now slowly transitioning to sleep under it at night, by using it on part of his body. “It’s definitely a good investment for a pandemic winter when we’re bound to spend more free time inside.”Gravity Blanket – From $149

Bearaby is known for making the most sustainable weighted blankets on the market. It uses sustainably sourced materials, such as bamboo, upcycled marine plastic, and organic cotton. The company has created an 8-pound cotton blanket for kids that my four-year-old daughter tested. It has a very loose weave, allowing her to breathe comfortably even if she falls into a deep sleep under it. And this is precisely what happens when she’s under it. Initially, much like Allen, my daughter didn’t like sleeping under it because she felt like it was squashing her like a panini sandwich, but she’s since come to like it. Part of why she struggles to fall asleep is because her body is very active: She fidgets, tosses around, and plays with the 300 stuffed animals within reach. But it’s harder for her to do this under the blanket, which means she often falls asleep faster. She also tends to sleep much longer under it, which is great for mom and dad, who are no longer woken up in the wee hours of the morning.Nappling – From $149

Looking for more recommendations? Check out our other suggestions.

Fast Company may receive revenue for some links to products on our site. 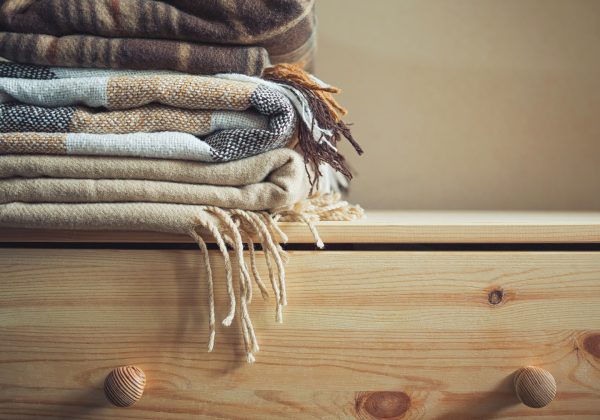 Is it true that certain types of blankets can relieve insomnia? What kind of blankets work best? Results of a Swedish… 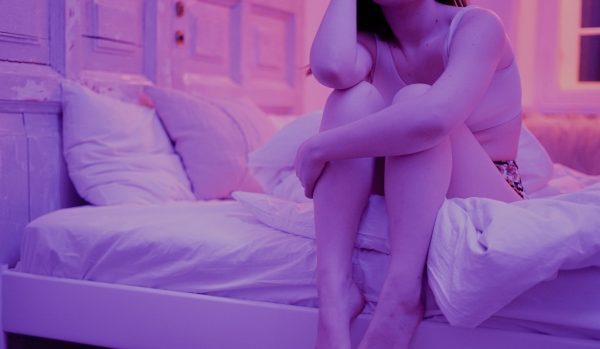 In a study published in the Journal of Clinical Sleep Medicine, it was determined that those who suffered from anxiety… 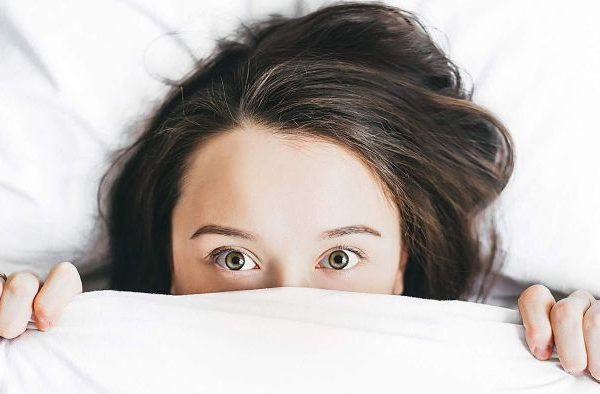 Worth It: Weighted Blankets