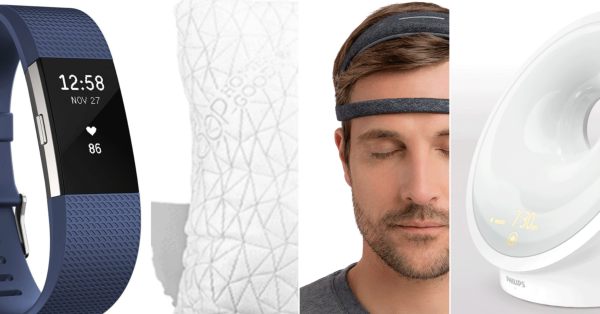 Need a Little Help Sleeping? the Latest in Sleep Tech Has Arrived

This article breaks down 7 pieces of sleep tech that are helping people with optimizing their sleep. We tend to think of electronics and technology being a hindrance to sleep especially when we have our phones right on our night table before bedtime. However, on the flip side of the coin, technology is helping us understand better our own sleeping pattern and ultimately helping us in optimizing it.

From sleeper trackers to a wake-up light, screen filtering glasses along other things we may be more familiar with in our day-to-day lives such as sleep apps, bedding, and mattresses, this post goes down the list for the top brands and the technology behind it.

Lately, it feels like we’re increasingly pressured to fill our lives with more and more tech, embellishing everything we own with a touchscreen this or a “haptic feedback” that. But although it can be generally good advice to limit the amount of time we spend defining ourselves by our gadgets, sleep is one part of our lives that is largely out of our conscious control—which makes it ripe for the assistance of smart tech.

In our hunt for the almighty Z, sleep technologies are being introduced by the dozen, primarily offering ways to solve our largely tech-induced sleep problems, which is… both great and kind of devastatingly ironic. To learn more about which of these sleep products are nonsense and which can actually help you sleep better, we dove into the research, wore embarrassing blue-light filtering glasses in front of other humans, and spoke with a couple of leading experts in the field.

Below, you will find seven categories, in each of which is—in our opinion—the best option to help you sleep better based on consumer reviews, expert knowledge, and some in-person testing.

We spoke with James Maas, Ph.D., a New York Times best-selling author, a former professor, and chairman of the board of psychology at Cornell. He consults on sound sleep practices for universities and businesses and runs an online resource for sleep optimization called Sleep for Success. Our second expert, Michael Breus, Ph.D., is also a best-selling author of sleep resources and a board-certified sleep specialist. He runs the online sleep resource TheSleepDoctor.com.

One resounding caveat for this category that both our experts noted: The most popular sleep tech—things like fitness trackers and smart watches—often claim to measure your sleep but aren’t particularly accurate in doing so.”These wearables supposedly measure your sleep based on movement, which isn’t solely effective,” Maas says. “You’d need a device that measures your heart rate and also brain waves.”To understand why brain waves are so important, we’ll turn to The Promise of Sleep, by William C. Dement, M.D., Ph.D., a great intro to understanding sleep science. Dement explains that our ability to chart the brain’s activity with equipment that measures brain waves absolutely changed the essential nature of sleep medicine—and that they’re the most accurate way to measure the true depth or phase of someone’s sleep. But as Maas points out, heart rate is a close second.The Fitbit Charge 2 doesn’t tackle brain waves, but according to Fitbit, it does factor both heart rate and movement into its sleep tracking abilities. On top of that, according to a 2017 Brown University sleep analysis, heart rate-sensing Fitbit trackers measured the most accurately compared to a group of ten other wearables when compared to the clinically used AMI MotionLogger. So if you’re looking for a tracker that factors in actual medical considerations for sleep tracking but won’t make you shell out $500+, then the Charge 2 is a good option.($148.95; amazon.com)

So are there sleep products that really offer medical, brain wave-centric, at-home tracking? Maas says that a new kid on the block, Dreem, is going to make waves in the industry by offering a consumer-attainable, brain wave-reading sleep tracker (and nope, he isn’t affiliated with the brand).Dreem offers not only tracking data, but also some sleep coach tech and a smart alarm, which means that it’s equipped to tell you if you’re hitting all of your sleep cycles throughout the night. But how would you even use this data to get better sleep, even if you were to shell out $500 for it?”The actual numbers from sleep trackers may not be exact, but the night-to-night change is accurate—and arguably more important,” Breus says. He emphasizes that all devices—both the top-notch and the movement-tracking ones—can be effective if you look at sleep trends in the aggregate. Compare your personal sleep-tracking numbers night-to-night (are you waking up often on colder nights? Are you taking longer to fall asleep when you didn’t use a meditation app before bed?) and make notes. Once you get a handle on your sleeping patterns, you can at least be armed to distinguish problem nights and adjust your sleep habits.($499; dreem.com)

Surprisingly, not all the light-related sleep products we tested were about filtering blue light (although we’ll get to that in a sec). We stumbled onto a wealth of research done on a technology called “artificial dawn,” which has made way for wake-up lights and smart alarms.While many people might not notice much of a difference between a light alarm and a traditional alarm, it turns out that supplementing your alarm with light can help you sleep better. After testing a few brands ourselves, we settled on a just-released model in Philips’ wake-up line called the Somneo.The principle of artificial dawn is simple: Rather than just blast you awake with an ear-splitting siren, this light turns on roughly 30 minutes before the alarm, mimicking a natural sunrise to trick your body into easing out of deeper sleep phases. Once you’ve surfaced slightly from the light, an audible alarm can kick in and wake you from a lighter sleep phase. It offers a variety of built-in, gentle alarm sounds, an adjustable light level for waking and reading, an R&D-supported spectrum of light, and even a sunset-style bedtime mode that will play soothing sounds or guide you through breathing exercises. Bonus points: The thing looks kind of cool.($189.95; amazon.com)

Sometimes the best tech is low tech, especially when it comes to something as simple as filtering light. Maas acknowledges that some of the screen-filtering software used on laptops or light-filtering bulbs might work (though a very recent study seems to show that one popular solution doesn’t work), “but your best bet is to find a good pair of glasses that filter everything.” It makes sense, because it isn’t just your screen producing that pesky blue light—it’s your lightbulbs, your smartwatch, and the blinking LED indicators scattered throughout your home.Why is blue light bad? Well, it triggers your body to lock into a different circadian rhythm, often preventing you from feeling sleepy at night. Consumer Reports actually ran a test on the best goggles for effective light filtering in 2017 and determined that the best option happens to be a super affordable, sub-$10 pair of Uvex Skyper Goggles. They might look a bit silly, but popping these on an hour or two before bed could actually trick your brain into settling in for a snooze.($9.55; amazon.com)

“Remember, the goal for sleep is to get your heart rate to 60 or below,” Breus says. As a result, he says that meditation apps and breathing exercises can be hugely effective. The Somneo, mentioned earlier, has some breathing modes and bedtime sounds, and Breus recommends the iHome Zenergy device for a simpler option (which we found to be a bit expensive for the lack of additional features), but without a doubt, the most affordable way to achieve a more relaxed state is to use an app.One beautiful option that’ll also work via web browser is Headspace, an app developed by a team attempting to take the findings of in-person meditation studies—alongside some scientist partners—to teach you meditation exercises, which can help you fall into a natural sleep—without the help of a sleep aid.($7.99-$12.99 a month; headspace.com)

We explored the world of smart pillows, which are just like your favorite pillow at home, except they can do tricks like track your sleep or stop you from snoring. Turns out, these tracker pillows are really are not that effective—which we’ll touch on more in a minute—but there are pillows out there that can help you sleep better.”Every time I’m in a store’s pillow section, I see people squashing pillows with their hands,” Maas says. “Why? You rest your head on a pillow, so that’s what you really need to test in-store.” Both doctors did recommend a firmer, more supportive pillow (one that doesn’t flatten and isn’t too squishy), because the neck-alignment inherent in firm pillows will help avoid middle-of-the-night strain. But they also cautioned that if you’re someone who craves a softer pillow, trying out a style you just don’t enjoy might make it take you longer to fall asleep. So listen to your personal preferences too.When it comes down to it, the best thing a pillow can do is temperature regulation, which has more to do with the foam used to construct the pillows than anything else. The Coop Premium Adjustable Pillow checks both boxes: Because it’s made up of shredded memory foam, it allows cool air to flow freely and allows you to adjust the filling to your desired firmness. If you can stay at an ideal temperature, chances are better than you can fall asleep faster—and stay asleep longer.($59.99; amazon.com)

Perhaps the most critical factor to great sleep is the mattress, and as such, we could probably spend a whole article extolling the ins and outs of modern mattresses. And in fact, we did. But Breus touched on a concept for mattresses that led us to the Jupiter+.”In general, most people can sleep on anything they think is comfortable,” he says. Everyone has their preferences, but the Jupiter+ offers a reactive memory foam to give you catered support; a pretty well-reviewed, middle-of-the-night temperature regulation; and some (admittedly less accurate) built-in sleep tracking, all as a means to do the one thing that Breus says moves the needle: Customize your sleep.As mentioned, take some of that tracking with a grain of salt, because you’ll run into some similar issues as the wearable trackers above, but if you have a hell of a time sleeping, the temperature regulation and customizable firmness make this a tech-loaded mattress that is definitely worth a look.($1,049; eightsleep.com)

Jason Schneider is a New York-based copywriter, musician, and redhead. When he isn’t writing words on the Internet you can find him watching horror movies and trying his very best to avoid pizza. Follow him on Instagram (@jalanschneider) for new music and cat pics.

To read the complete article and view the original source please click here. 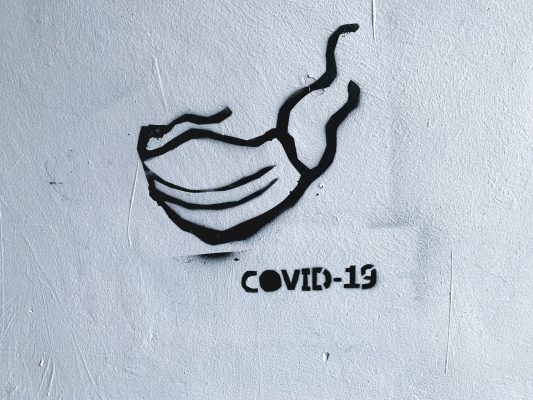 COVID-19 is an elusive buggee monster until it hits home. At the beginning of 2021 I contracted COVID-19. One day I… 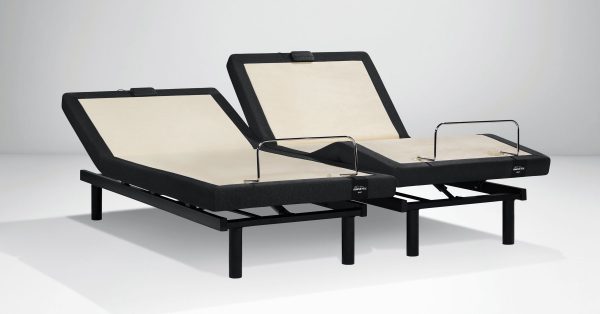 For more than 130 years, Tempur Sealy has been in the business of sleep. In 1889, back when it was just the Sealy… 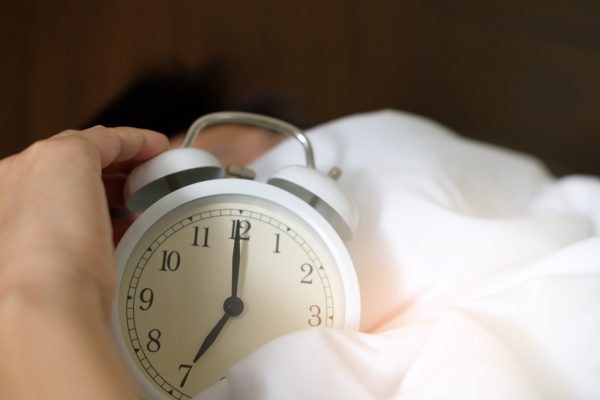 Beyond Counting Sheep: How Sleep Tech Can Help You Hit the Hay

From lavender pillow sprays to blackout blinds, when it comes to getting a good night’s sleep, I’ve tried every…