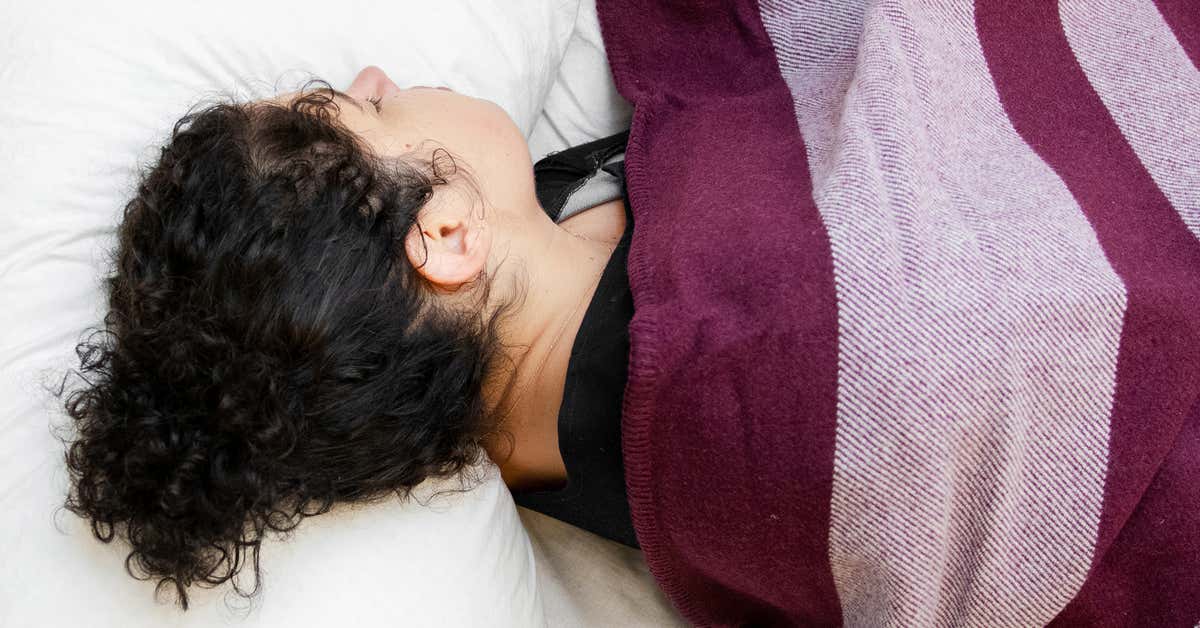 A few years ago, I was diagnosed with nasal polyps, and I regularly snored like a wild boar. I’ve had the polyps removed, but the snoring continues. I’m not alone: According to a chapter on snoring in Principles and Practice of Sleep Medicine (Fifth Edition), “about 40% of the adult population” snores.

Janet Hilbert, MD, an assistant professor of clinical medicine at the Yale School of Medicine’s Center for Sleep Medicine, explained that weight gain, alcohol intake, nasal obstruction (from colds and allergies), and even your sleep position can all cause snoring. It’s also a symptom of a disorder called sleep apnea (PDF). Sleep apnea occurs when your airway is blocked or constricted while you sleep, and it can result in poor sleep, high blood pressure, memory issues, cardiovascular concerns, and other serious health problems.

“You can die from it and it is a risk factor for so many other diseases,” said Erica Carleton, an assistant professor of human resources and organizational behavior at the University of Saskatchewan, who has studied sleep disorders and disruptions in the context of work. “If you snore and it’s pretty consistent, it is something that is likely necessary that you look into.” Testing often includes going to an all-night sleep clinic, where doctors will monitor not just your sleep behavior but also your heart rhythms and oxygen levels, Hilbert explained.

If your doctor has ruled out sleep apnea—which is often treated with a CPAP machine—you might consider one of the many over-the-counter options that claim to help curb snoring. A year ago, I tried six of them. Only one worked well enough for me that I continued using it—sporadically—over the past 12 months.

To get a baseline measurement of how much I was snoring without any intervention, I used SnoreLab (iOS, Android), a highly rated app that listens for snoring sounds, records clips, and analyzes your resting audio. After calculating an average of 10 nights’ worth of intervention-free snoring readings to get a starting “sleep score,” I slept with each anti-snoring device for several nights and tracked my SnoreLab results against that baseline.

Feel free to opt out at any time

When this mic-enabled system detects snoring sounds, an under-bed base station sends a burst of air up into a pillow insert, lightly shifting how your head is positioned.

If you don’t have sleep apnea and still snore, your doctor may suggest positional therapy. “The worst position is on your back,” said Carleton. “When you sleep on your back, that actually compresses your breathing system more and it makes it more likely for you to have those gasping sounds or to snore.”

Technically the Smart Nora doesn’t flip you onto your side, but it does slightly move your head when it catches you snoring, in practicality often resulting in your shifting from your back to your side. To accomplish this, the system includes a wireless, mic-equipped device that can sit bedside or be mounted on a wall to detect snoring. Once it does so, the Smart Nora device communicates with an under-bed base station that pumps air through a tube to an insert that lives inside your pillow.

Occasionally, that gentle pillow motion did wake me up, which caused me to switch positions. Controls on the base station allow you to adjust the pillow-elevation level so you’re less likely to be jolted awake if all you need is a tiny nudge. The mic device also has an adjustable sensitivity setting, if your room is noisy or you’re just finding your pillow to be inflating more often than you want it to. I took a break from using the device (or any other anti-snoring device) for a while after we first published this article, before going back to it for follow-up. It continues to work for me as well as it did during my initial testing.

It may sound bizarre, but the Smart Nora was the most effective device I tried, cutting my total snoring in half, according to my SnoreLab sleep scores. At $360, it was also the most expensive device.

I did test five other, less-costly options, though none of them worked as well for me. That doesn’t mean, however, that they won’t help you.

Other things I tried

Philips SmartSleep Snoring Relief Band, $200 at the time of publication
This band straps a small electronic device to your chest. When it senses that you’re on your back, it vibrates so that you reposition yourself. According to American Academy of Sleep Medicine spokesperson Nitun Verma, MD, when you sleep on your back, your chin and tongue are pulled down by gravity, making the space behind your tongue smaller and promoting snoring. As far as I know, I don’t usually sleep on my back, so this Philips device wasn’t a good solution for me. Also, I couldn’t always tell whether the band was working because the controls were confusing.

REM-Fit Zeeq Smart Pillow, $85 at the time of publication
This memory-foam pillow pairs with a smartphone app that detects snoring and causes the pillow to vibrate, prompting you to shift positions. (The Zeeq can also stream music, white noise, or podcasts from your phone via Bluetooth, if you find such audio helpful for falling asleep.) The pillow comes with extra shredded memory foam you can stuff inside to help mask the electronics; out of the box, it’s comfy, although it is difficult to squeeze into a standard pillowcase. The Zeeq’s vibrations didn’t reduce my snoring.

Venyn Original Nose Vents, $22 for a set of four at the time of publication
Venyn’s Original Nose Vents are basically tiny silicone funnels that sit inside your nose to dilate your nostrils. The set comes with four different sizes to optimize the chances of a perfect fit. They didn’t totally keep me from snoring, but they did reduce my noise output by a third during one of the three nights I used them; the other two nights I saw lesser decreases. I disliked how they made the inside of my nose crusty each morning, though. It sounds gross, but the vents are easy to clean with soap and warm water.

Breathe Right Nasal Strips Lavender Scented, $12 for a pack of 26 at the time of publication
This stiff, bandage-like adhesive strip pulls the sides of your nose to open your nasal passages. It promises instant relief from congestion—and it delivered that, although I’m not sure whether the result was due to the actual strip, the pressure needed to apply it, or the pleasant lavender smell. However, by morning, the strip was always peeling off, which may explain why I found no significant change in my snoring overnight.

Copeaky Anti Snoring Chin Strap, $9 at the time of publication
This device looks like something you might wear for a wrestling match: The chin strap pushes your mouth shut so that you’re forced to breathe through your nose. It doesn’t come with instructions, but I managed to squish my face into this thing and (somehow) fall asleep, only to wake up at 3:00 a.m., uncomfortable and drenched in drool. It also did nothing for my snoring.

It’s Sleep Week at Wirecutter! Read more about the best Sleep Week deals on our expert-recommended mattresses, bedding, and more for your bedroom. 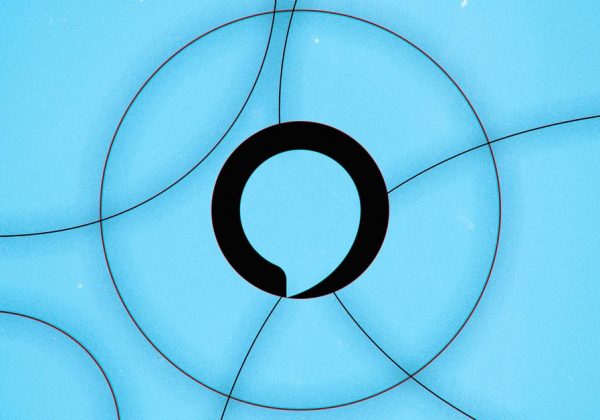 “Alexa…Do I Have Sleep Apnea?” – Amazon Emerges onto the Sleep Tech Industry

E-commerce and tech giant Amazon is waking up to a new horizon in the sleep tech industry. This story breaks the news…

Until recently, it was thought that somewhere around 6.4% of truck driver have sleep apnea. A new study found that the… 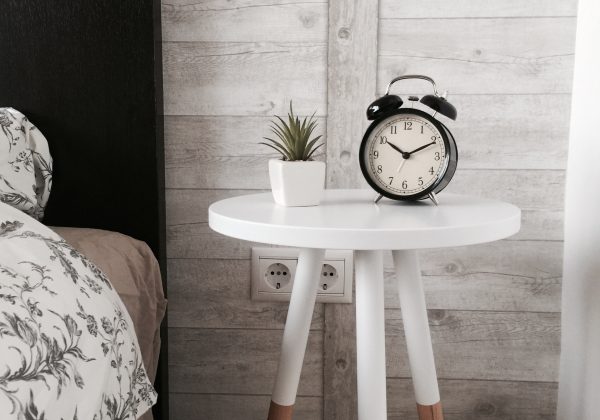