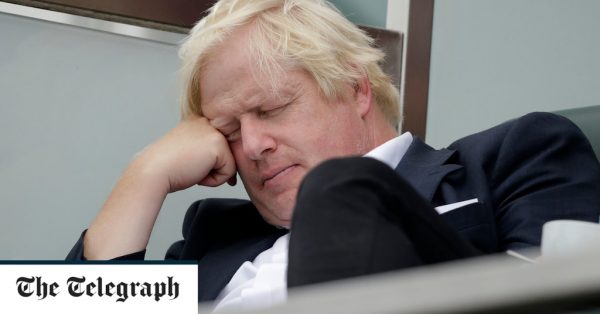 How to Have a Healthy Power Nap (take Note, Boris)

“Even a soul submerged in sleep is hard at work, and helps make something of the world,” wrote the Ancient Greek philosopher Heraclitus. It is an adage that came to mind this week when it was reported that Boris Johnson wakes each day for a 6am run around Buckingham Palace’s gardens, and readies himself for an afternoon of pandemic-fighting work with what Downing Street insiders call a “power executive business nap” (read: a snooze) in the middle of the day.

“It would not be entirely uncommon in the diary for [Mr Johnson] to shut the door and have a kip for half an hour or so – a power executive business nap to get him ready for the rest of the day,” a Downing Street source was reported as saying.

A Downing Street spokesman denied the story, insisting: “His day is literally full of meetings. He is hard at work and has a very full and busy schedule.”

Either way, there’s precedent for our leaders to sleep on the job. Winston Churchill was known to snooze for 20 minutes in the early afternoon. ‘Nature has not intended mankind to work from eight in the morning until midnight without that refreshment of blessed oblivion,’ the wartime leader once wrote. Bill Clinton and John F Kennedy were also said to embrace midday naps.

In Western cultures, sleeping in the day is usually associated with laziness; instead, we fight fatigue by ‘powering through’ with the help of caffeine (the UK’s 67 million people consume about 95 million cups of coffee each day, according to a report by CoffeeBI; before the pandemic, about half of these were consumed in offices). As a result, stories about ‘executive napping’ are treated as something of a mild embarrassment. In 2013, an Instagram photograph of David Cameron snoozing in a hotel room at his sister-in-law’s wedding was met with much amusement.

But what if the afternoon nappers are the ones who have got it all right? Dr Neil Stanley, the former head of the Sleep Lab at the University of Surrey, and current director of sleep science at sleepstation.org.uk, wants to see a culture in Britain where it is socially acceptable for office workers to take a 20 to 30-minute nap in the middle of the day – like in Japan, where it is common for offices to invest in ‘sleeping pods’ for their staff.

“If you’re sleepy, what the body wants is sleep,” Stanley says. “It doesn’t want to be kept awake with caffeine, and it probably doesn’t want to go for a walk outside. Whilst lots of people use caffeine to try to get through the day, the benefits of caffeine are pretty temporary, whereas the benefits of a nap can last for three to four hours. It’s a bit like when your phone [battery] is really down on the red, and you plug it in and suddenly the battery leaps vastly more than you expect it to in the time. That’s what a nap is doing – it’s giving you what your body wants.

“This story about Boris Johnson would not be news in Japan because they have this idea of inemuri, which is being asleep but present. It’s actively encouraged that you close your eyes, even if you’re in a business meeting.”

And there is no better time than lockdown to try out an afternoon nap, says Stanley, with most white-collar professionals working from home – just yards from their inviting bed. “Nobody will notice,” he says.

Dr Sophie Bostock, a behavioural psychologist and sleep expert, agrees that napping for 20 minutes is a far more effective way of fighting fatigue than swigging yet another cup of coffee. “Caffeine can promote alertness, but only a nap will give you the benefits of sleep – consolidating memories, refreshing the ability to learn, lowering blood pressure, rebooting emotions and energy levels.”

You should be careful not to let your nap drag on for too long, however. Bostock says the ideal length for an afternoon nap is around 20 minutes. “This is long enough to get a bit of stage 2 sleep (for learning) but not too long to get into stage 3 (deep sleep),” she explains. Any longer and you risk waking up in the middle of deep sleep – an unpleasant feeling of inertia, grogginess and confusion, with which many readers will be familiar.

If you need to nap longer than 20 minutes, Stanley advises sleeping for two hours, “because that means you’ve gone through your first period of deep sleep, and you’re hopefully waking up out of deep sleep.”

It’s also important to get the timing right. Bostock recommends napping for 20 minutes some time between 1pm and 3pm, when “most of us have a natural lull in our energy levels after lunch”. If you leave it too late it could make it difficult to fall asleep at night, she adds.

Increasingly popular is the idea of a ‘caffeine nap’, in which you consume a caffeinated drink just before you fall asleep for a 20-minute snooze. The drug kicks in just as you wake, the theory goes, helping to avoid the feeling of grogginess. Stanley thinks this is a perfectly valid idea, but advises against using coffee as your caffeinated drink. “You have no idea how much caffeine is in any cup of coffee. You may have two cups of coffee and get very little caffeine, because you can’t taste caffeine. You might say, ‘Oh, it’s a strong cup of coffee’, [but] that’s strong coffee, that’s not strong caffeine.” Instead, he recommends energy drinks.

While a regular 20-minute nap makes you feel much more refreshed for the afternoon, there is no evidence that doing it regularly will help your health in the long term. But there is some (admittedly small) evidence of health benefits associated with a longer nap of about two hours (the length of a siesta, the afternoon nap practised in parts of southern Europe). One study of about 3,500 adult volunteers carried out by the University Hospital of Lausanne, Switzerland, in 2019, found that one to two naps per week was associated with a lower risk of heart disease. Other studies, carried out in southern Europe, have found that people who have regular siestas generally enjoy a lower risk of heart attacks. However, these were observational studies looking at people’s natural behaviour, and as a result were unable to eliminate other factors that might be at play, experts say.

Generally, while daytime naps are helpful if you are sleep-deprived for a few days a week, the experts think they should not become a routine replacement for proper night time sleep. “If you get to 2pm every day and think ‘I can’t go on, I need to sleep’, then there is perhaps something wrong with either your sleep or the way you’re living your life,” says Stanley.

Bostock also warns: “If you have difficulty falling asleep, or wake up multiple times during the night and struggle to get back to sleep, it might be better to avoid napping. Napping resets your natural sleep drive, so long naps can disrupt night time sleep.” 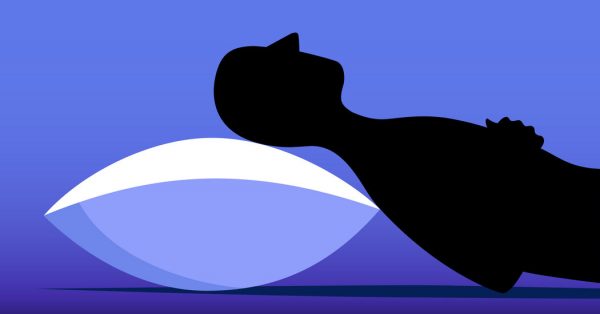 Although this article came out during Thanksgiving time, it still applies all year round. It's time to stop the stigma…

People tend to feel sleepy right after eating and want nothing more than to take a nap. But, as it turns out, this… 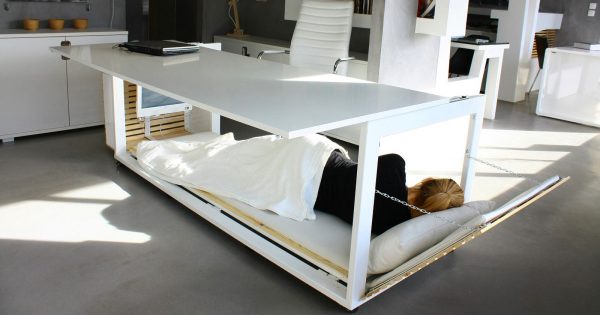