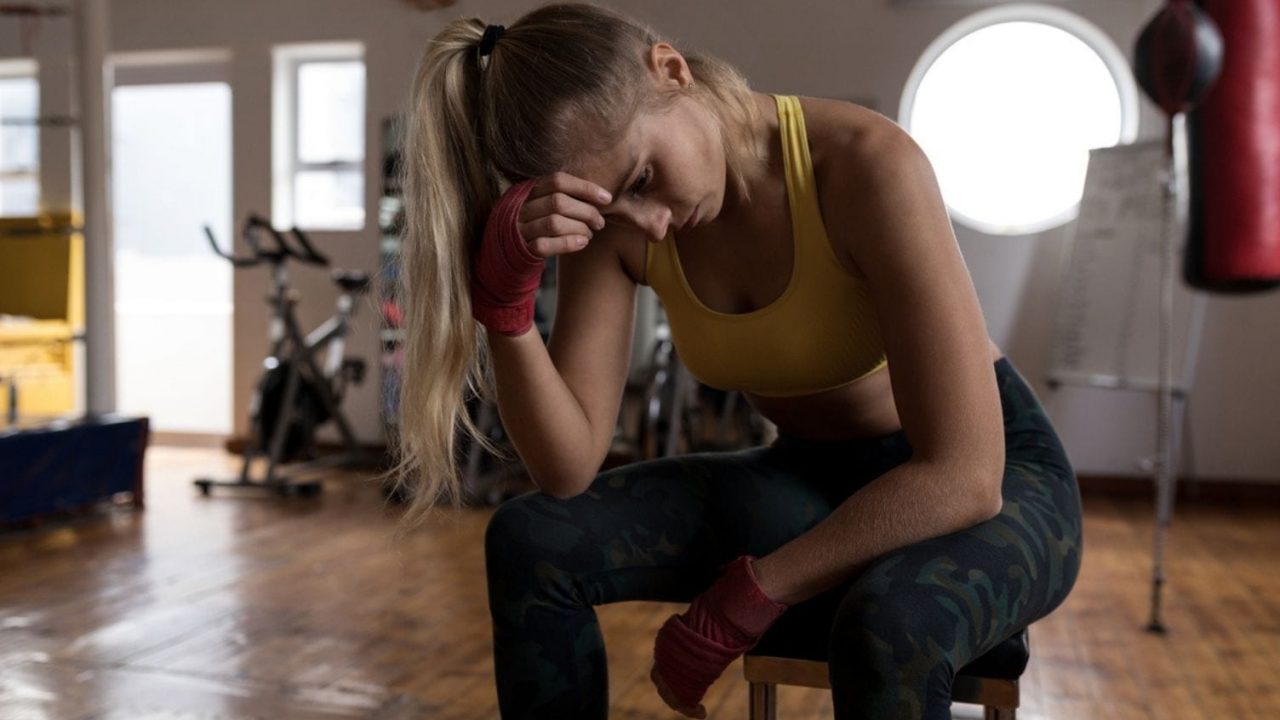 How Snoring Could Be Affecting Your Workouts

Pretty much everyone snores occasionally, and it’s not always a problem. On any given night, if you have a stuffy nose, drank alcohol before bed or took sleep medication, you’re more likely to snore, according to Dr. Stephanie Wappel, a sleep and pulmonary medicine physician. These isolated instances of snoring aren’t likely to harm your health, athletic performance or weight-loss efforts.

But if you snore every single night, it’s really loud, or it’s accompanied by gasping, choking, or pauses in your breathing, then it’s more likely to be an actual problem that can disrupt your sleep, which can lead to a variety of health consequences and even sabotage your fitness goals. “Many people who snore frequently have a more serious condition called obstructive sleep apnea (OSA), which has an estimated prevalence as high as 24% in men and 9% in women,” Wappel says. A significant portion of people who struggle with obstructive sleep apnea don’t know they have it, especially those who don’t suspect it because they’re otherwise fit and healthy.

WHY IS SNORING AN ISSUE FOR EXERCISERS?

Whether you’re a dedicated athlete or just starting the process of improving your fitness, snoring can mess with your training plans. “When snoring disrupts sleep quality, it can negatively impact athletic performance, heighten risk for athletic injury and impair recovery,” explains Wendy Troxel, PhD, author of the forthcoming “Sharing The Covers” and senior behavioral scientist at the RAND Corporation.

“Sleep is incredibly important for optimal athletic performance,” Wappel adds. “And if an athlete is a chronic snorer, it might impair their sleep quality by causing frequent, brief interruptions.” That could mean that despite spending 7–8 hours in bed, they’re only actually sleeping for a portion of that time, which could cause a ripple effect that leaches into their workouts.

“For example, low energy and excessive daytime sleepiness could impact endurance and effort,” notes Lisa Medalie, PsyD, a board-certified insomnia specialist and creator of DrLullaby. What’s more, slower response time and mental processing are common side effects of insufficient sleep, she says — both of which can negatively affect athletic performance. Think: Missing a big PR lift because your coordination is off, or not responding fast enough when someone passes you the ball in your next rec league game.

It’s worth noting that many of these same effects apply if you’re an athlete who shares a bed with someone who snores. “Bed partners are considered the hidden casualties of sleep apnea, as their sleep (as well as the quality of the relationship) also suffers when snoring goes untreated,” Troxel says.

Also, while being overweight increases snoring risk, up to 1/3 of people with OSA are a “healthy” weight, Wappel says. In fact, certain types of athletes are at higher risk for OSA, despite being in top physical condition, according to Troxel. Athletes with thicker neck circumference and higher body mass (even if that’s due to having more muscle) are more likely to snore or have OSA, she explains, which carries a series of health risks. “As with the general population, having OSA can heighten athletes’ risk for chronic health problems like high blood pressure, heart disease and stroke,” Troxel adds.

HOW TO FIND OUT IF YOU SNORE

The easiest method is to ask the person you sleep next to if you have one, Troxel says. “Often bed partners are the first ones to diagnose a significant snoring issue in their partner. In fact, it’s often because of the partner’s complaints that an individual will actually go to a sleep clinic for treatment.”

If you don’t sleep in the same bed as someone else, another good option is to record yourself overnight, Troxel says. While it might feel a little weird, you’ll get a solid idea of whether or not you’re snoring after checking the recording.

RED FLAGS TO WATCH FOR

Lastly, there are several signs to watch out for that could indicate snoring is affecting your sleep quality. According to Wappel, these include:

Of course, these symptoms could be caused by another health issue, so if you notice any of them, it’s a good idea to check in with your health care provider to get to the bottom of it.

5 WAYS TO DEAL WITH SNORING AND IMPROVE RECOVERY

If snoring is a problem for you, try these strategies to restore your sleep quality.

MAINTAIN A HEALTHY (FOR YOU) WEIGHT

Lingering stuffiness can exacerbate breathing issues in people who already snore. Wappel recommends using nasal sprays, if necessary, and a humidifier in the bedroom.

SKIP SLEEPING ON YOUR BACK

This sleeping position can make snoring worse. Try turning onto your side, and consider getting extra pillows or a wedge to elevate your head — both of which can help alleviate snoring.

AVOID ALCOHOL WITHIN 3 HOURS OF BEDTIME

Alcohol may make snoring worse by relaxing the throat, which can create more resistance during breathing. So skip the nightcap and wind down with some caffeine-free herbal tea instead.

“If snoring persists most nights per week, you experience daytime symptoms like sleepiness or fatigue or if you wake up gasping for air or with headaches, these are all signs that this could be a significant sleep disorder, and you should seek professional treatment,” Troxel says.

Unlock an experience that’s like having a dietitian, trainer and coach at your fingertips. Sign up for Premium for expert guidance and tools to help you reach your personal health goals. 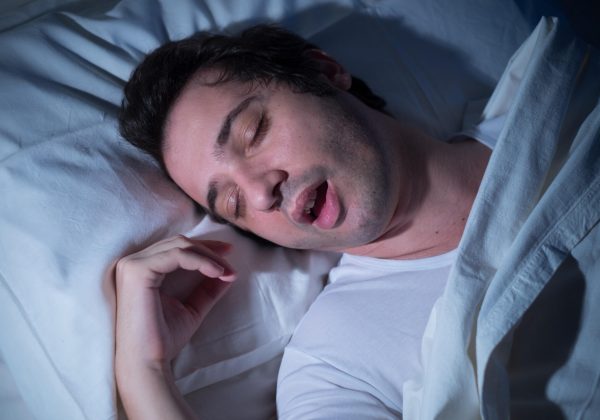 Sleep apnea is a common and serious condition. 25 percent of men and 10 percent of women have sleep apnea, and this… 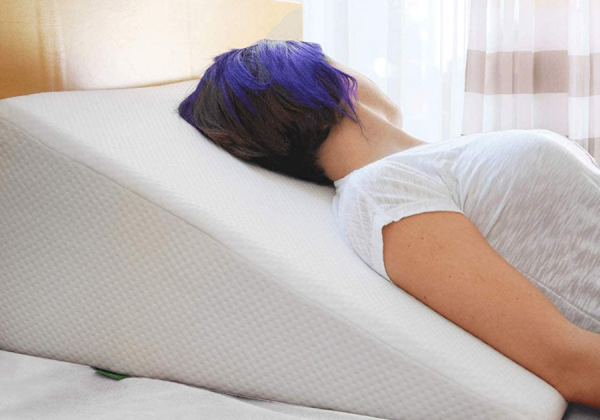 Experts Weigh in on the top Wedge Pillows to Alleviate Acid Reflux, Back Pain, Sleep Apnea, and Snoring

What makes a good wedge pillow? Sleep is often regarded as one of the most important things we as humans partake in. A… 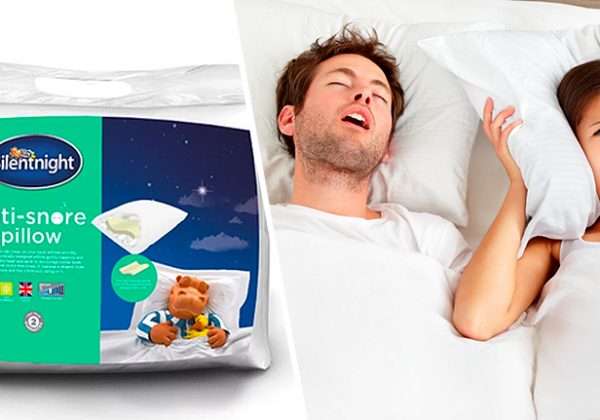 Stuffed-nosed snorers and long-suffering sleep-deprived partners, assemble!Have a whip round because ASDA is selling a…